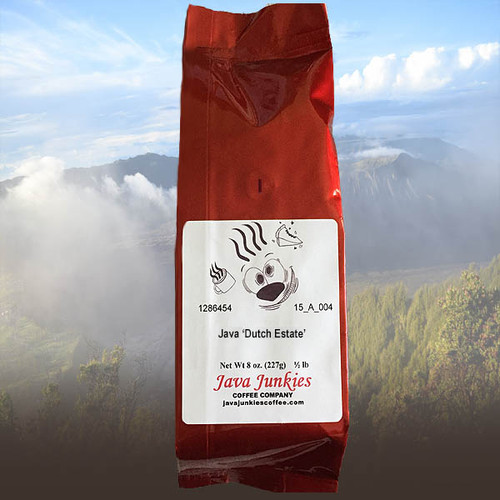 Indonesia has had their share of difficulties during cultivation; in 1696, the Bergermeister of Amsterdam, Nicolaas Witson, suggested that coffee seeds be taken to Java since France was unable to grow coffee near Dijon, an area with cold winters and freezing fog. The seeds were planted in Jakarta, but were soon washed away. Three years later, the trees were planted in Java where they were successful. Unfortunately, in the 1800s, a leaf rust epidemic almost wiped out all of the coffee plants in Java; however, the Dutch planted another varietal of Arabica that was resistant to the disease. Our Java 'Dutch Estate' Coffee is medium-roasted to create a brew that is well balanced, heavily bodied, and delicious. With hints of chocolate and a slightly quicker finish than other Sumatran coffee, you'll find this cup of Java to be exquisite!